Since January, there have been a couple of developments we wanted to bring you up to speed on. 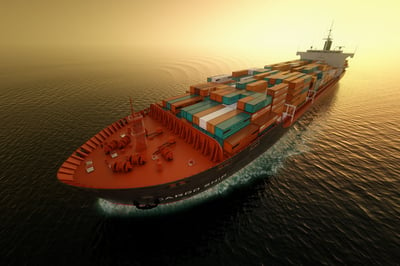 One of the major fears following the implementation of IMO2020 was the impact on fuel prices and availability of low-sulphur fuels.

According to JOC.com, VLSO (very low sulphur fuel oil) prices spiked from mid-December 2019 through early-January 2020. However, the fuel prices appear to be correcting as the transition progresses and its initial logistical issues—last-minute fuel orders, getting supplies in tank, barge availability—resolve.

One week into the new regulations, the Oil Price Information Service (OPIS), assessed the price of VLSFO in Singapore (January 8) at $740 per metric ton. Sixteen trading days later, OPIS assessed that market at $570/mt, a 23% drop.

Thus far, supply of low-sulphur fuel has not been an issue.

The new 0.5% regulation went into effect on January 1, however as of March 1’s carriage ban, even ships found storing noncompliant fuel will be in violation of IMO2020.

The International Convention for the Prevention of Pollution from ships (MARPOL) amendment prohibits the carrying non-compliant fuel oil for combustion purposes for propulsion or operation on board a ship—unless the ship has an approved exhaust gas cleaning system ("scrubber") fitted.

The carriage ban is an additional measure meant to ensure compliance and consistent implementation of the IMO2020 reduction of sulphur.

And it is now being enforced. Port enforcement agencies around the world have beefed up their oversight, detaining and penalizing ships found to be carrying noncompliant fuel.

We have been monitoring developments of IMO2020’s implementation and its impacts on shippers worldwide. Contact us today to see how we can optimize your freight needs in the new low-sulphur fuel environment.

Keeping you in the loop. It's what we do.