Canada’s Free Trade Agreements: getting the most out of global trade

Canada partners with the international trade community through several types of trade and investment agreements.

Learn more about the different types of trade agreements here.

Canada’s FTAs cover all trade between parties, and go beyond traditional trade issues to cover areas such as services, intellectual property and investment.

Some countries use the term economic partnership agreement (EPA) instead of FTA. The two terms, EPA and FTA, are very similar. 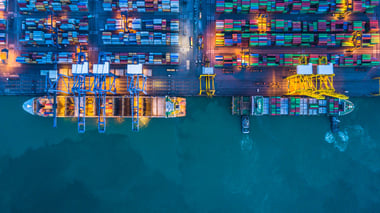 Status: Provisionally applied, thus removing 98% of the preexisting tariffs between the two parties.

Preferential trade between Canada and the UK continued after Brexit through the interim Canada-UK Trade Continuity Agreement. Read more about the agreement here.

Status: In force, but temporary as the countries work toward a new comprehensive trade agreement.

CPTPP eliminates tariffs and reduces barriers for 98% of exports to CPTPP member countries.

The agreement eliminates almost all tariffs, with certain agricultural and fishery products being excluded from immediate tariff elimination.

Eliminates custom duties on essentially all goods produced in one country and imported to the other.

Eliminates tariffs on 75 percent of bilateral trade. Bilateral merchandise trade has nearly quadrupled since the agreement entered into force in 1997.

Major Canadian exports to Colombia include goods such as cereals, machinery, vegetables, paper, and vehicles.

Eliminates 87% of all tariffs on agricultural products. Tariffs on many other industries like automotive goods and goods were also eliminated.

Eliminates 80% tariffs on most manufactured and agricultural goods. CIFTA does not affect certain agriculture sectors like poultry, dairy, and eggs.

Ready to take your business worldwide? Free Trade Agreements are a fantastic way to benefit from tariff reductions. Our Free Trade experts are well-versed in the FTAs with all of Canada’s partner countries—we can help reduce or eliminate duties payable on the goods you import. Contact us today!

Free Trade Agreements. It's what we do.