With imports valued at more than $2.6 trillion, the United States is one of the leading countries for importing goods. U.S. importing has risen since 2014 by 8.4% and during 2018, about 45% of the imports came from providers in Asia. Based on the population of just over 329 million people, the total imports in the U.S. translates to about $7,900 in yearly per U.S. resident, according to WorldsTopExports.com.

U.S. importing is certainly big business and those involved in importing turn to a trusted customs broker in the USA to help ensure their goods make it across the border safely. Whether you import goods found on this list of the top 7 United States Imports or you import something else, a U.S. customs broker makes the process much easier.

There are several product groups making the top 7 list when it comes to U.S. importing. Let's look at the top goods imported into the United States, along with a few of the basic U.S. import laws. 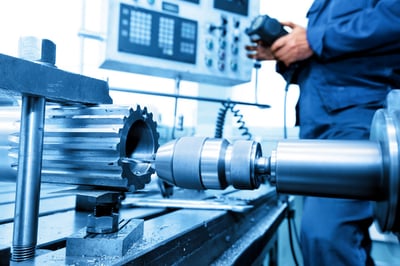 When it comes to U.S. importing, the product group of machinery including computers leads the way. This category makes up nearly 15% of the total goods imported into the U.S. with a total dollar amount of $386.4 billion. Within this product group, computers and optical readers were the top import at $93.7 billion, while computer parts and accessories came in second at $28.1 billion. Other products fitting this category include:

The computers, parts, and accessories category has seen the most growth with the total value up 22.2% from 2017 to 2018.

With the product group of machinery including computers leading the U.S. importing list, it's easy to see where the demand in the United States lies. Many businesses and consumers purchase products fitting this category regularly, which drives up demand and importing.

Another way to describe the product group of Electrical Machinery/Equipment is to call it electronics. This category has been close to the top of the U.S. importing list for many years.

Within this product group, the most imported sub-category is phone system devices including smartphones at $111.2 billion. While this was down 1.8% from 2017, it's no surprise that one of the most commonly imported goods to the United States is smartphones.

Next, on the list are integrated circuits/micro assemblies at $34.9 billion. Rounding out the top seven sub-categories for imports under the Electronics product group are:

The highest growth from 2017 to 2018 was seen in the sub-category of electrical/optical circuit boards or panels at 11.2%. With more U.S. businesses and consumers in need of computers and smartphones, it's no surprise to see this product group come in second on the list of the top 7 goods imported into the United States.

Another huge product group for U.S. importing is vehicles, which makes sense since the United States is a country very spread out with plenty of land to cover. Many residents rely on vehicles to get to and from work and many businesses need vehicles to move employees from one place to another on a daily basis.

The tractors sub-category saw the largest growth up 37.3% from 2017 to 2018, while trailers were next up 24.6%. The vehicles product group may not show the same demand as machinery or electronics does, but it's still a very in-demand product group within the United States

Mineral fuels, including oil, also makes the top four imported goods into the USA. With vehicles in the third spot, something has to keep them running and fuel is the answer. Not only does this product group include the main fuels for vehicles, but it also includes fuels and oil used for many other products in the United States.

The product group is led by the sub-category of crude oil at $163.1 billion. Processed petroleum oils come net at $61.5 billion with petroleum gasses in the third spot at $10.7 billion. Rounding out the top seven are:

The demand for fuel to run vehicles and for petroleum for other products has helped this product group grow quite a bit from 2017 to 2018 with total growth of 9.2%.

The rest of the top 7 U.S. imports include:

In addition to the top seven imported goods into the United States, plastics, gems, precious metals, and organic chemicals all top the $50 billion mark per year. 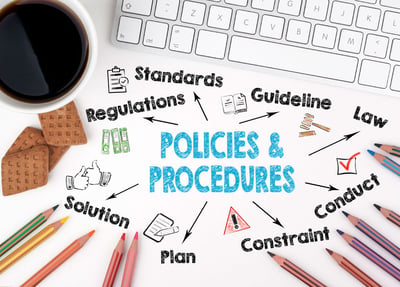 If you plan on importing goods to the USA, whether on the top 7 list above, or found in another product category, understanding the U.S. importing laws is a good start. Of course, if you hire a customs broker in the USA, you won't have to worry. Your broker will have a strong understanding of the U.S. importing laws and will make sure all your goods comply with regulations set by the United States Customs and Border Protection, along with other government agencies.

While a license is only required under certain circumstances for importing goods to the USA, you will need to follow rather strict regulations and rules. The U.S. import laws may vary a bit depending on what you plan to import and it's a good idea to have a basic understanding of some of the laws you will need to comply with.

One of the first places to start is with the prohibited and restricted list of goods. This list will detail goods you may not be able to import into the U.S. You may also find that some goods require a special license/permit from another government agency, such as the Environmental Protection Agency or the Food and Drug Administration.

Some of the product categories found on the prohibited and restricted items list include: 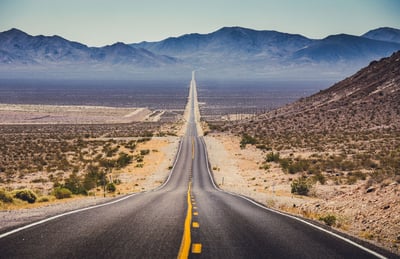 While you may be able to import some goods found within these categories to the U.S. with ease, others may not be able to make it across the border. In fact, trying to bring some of the items found on the prohibited and restricted list into the United States may lead to immediate seizure and could lead to fines and imprisonment.

It's also important to know that goods from certain countries cannot be imported into the United States. The Office of Foreign Assets Control handles the sanctions and import bans put on specific countries, along with those imposed on individuals or companies.

Not all of the countries on the list have a full trade embargo. Some may have a partial trade embargo and your customs broker will know which goods are allowed from which countries. Currently, trade embargoes (partial or full) are in place for:

Another important part of the U.S. import laws is known as classification and appraisement. You will need to classify your goods and assign a value to ensure the proper duties, fees, and taxes are paid when crossing the U.S. border.

Reasonable care must be exercised during this process. If you assign a value considered by a CBP officer to be inaccurate, you may not have used reasonable care, which makes it far more difficult when importing goods into the USA.

A customs broker in the USA will ensure your goods are properly classified and appraised. Since your broker will work with CBP daily and has plenty of experience with classification and appraisement of goods, they will ensure reasonable care is used during this process.

There are many other U.S. import laws you may need to understand, depending on the goods you plan to import into the USA. Make sure you have a full understanding of the rules and regulations before you start the process of importing goods into the U.S.

The help of a skilled customs broker makes a huge difference when it comes to U.S. importing. Your customs broker should be very experienced in moving the type of goods you plan to import across the U.S. border and they should know the U.S. import laws inside and out. If you're ready to start importing goods into the USA, Cole International is ready to help make the process much easier. Hire one of our customs brokers and you won't have to become an expert on all the rules and regulations for importing your goods.

Importing goods. It's what we do.

Top 15 Tips for Importing into the USA.