How Importing Vehicles into the U.S. Works

Importing vehicles into the U.S. isn't a process you should expect to be easy. It's filled with regulations, requirements, an emission testing.

As one of the most popular purchases in American, cars are in high demand. Importing cars into the U.S. might provide the opportunity for huge profits as Americans want brands from all across the blog. However, if you don't know how to navigate the importing process, you may find fees and duties starting to eat into your profits. 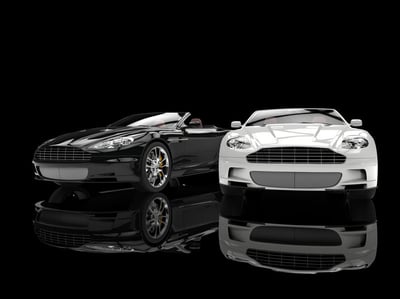 Importing Cars into the USA: The Basics

When it comes to properly importing vehicles into the U.S., there are a few basics you should know. With the right understanding of the process and how to navigate U.S. Customs, you can easily import your vehicles into the United States.

The importing process requires a deep understanding of several regulations and requirements set forth by the U.S. Customs and Border Protection, the Environmental Protection Agency, and the Department of Transportation.

Even if you're just importing a personal vehicle, the process can be overwhelming.

A skilled customs broker will make the entire importing process much easier as they will already be an expert when it comes to importing laws, regulations, and requirements.

When you're ready to import vehicles into the U.S., you need to make sure all your vehicles comply with the U.S. Importing laws. This includes the vehicle itself and all the parts. For example, you need to have a speedometer that reads miles, not just kilometers.

A customs broker will help you navigate the entire process from start to finish. Whenever you need to import vehicles into the United States from another country, hiring a customs broker is the best solution.

Figure Out if the "Substantially Similar" Clause Works for Your Vehicles

Making the importing process easier is the key to successfully moving vehicles across the U.S. border. Before you start importing cars into the United States, make sure you look into the "Substantially Similar" Clause.

This specific clause might just make your life much easier when importing cars from another country. It's used most commonly when importing vehicles from Canada, but may apply in other situations, too.

Another basic importing regulation you should understand is the 21-year-old car versus the 25-year-old car. If you're importing used vehicles into the U.S., you will want to know why this is important and whether it applies to your vehicles or not.

The only hurdles you may run into with the 25-year-old vehicle rule come from the state you want to import the vehicle into. Some states may require you to make specific modifications for safety in order to register the vehicle. In addition, California does require stricter emissions requirements for any vehicle manufactured after 1975.

Understand the Show and Display Rule

If you plan to import unique and expensive vehicles into the U.S., the Show and Display Rule may apply. This rule allows you to bring over the most unique and most expensive vehicles without modifying foreign parts. You will still need to pass the EPA rules and the vehicle cannot be a replica, but if you plan to bring these types of vehicles to the U.S. for "show and display" this rule might make the importing process easier.

The one big catch to this rule is that the cars you import into the U.S. cannot be offered for sale in the United States and they can no longer be in production.

What Makes a Vehicle Illegal in the United States? 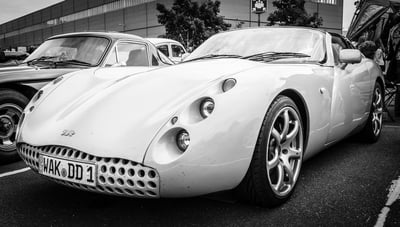 Along with understanding a few basics of importing vehicles into the U.S. from another country, it's important to understand what could make a vehicle illegal within the U.S. borders. The National Highway and Traffic Safety Administration will have the final say on which overseas vehicles can be driven on American roads. Here are a few examples of vehicles not allowed within U.S. borders.

Many other vehicles are not allowed on American roads for several reasons. Typically, it comes down to safety issues and some vehicles can be modified, while others cannot.

Bringing a Canadian Car to the U.S.

As stated above, the "Substantially Similar" Clause applies more often to vehicles imported from Canada, than anywhere else. This clause could make it much easier to pass through U.S. Customs with your vehicle.

If you're moving from Canada to the United States, taking your vehicle with you won't be as difficult as you might think. You can always hire a customs broker in Canada and the United States to help with the process.

As long as your vehicle meets the EPA regulations, U.S. Safety Standards, and you own the vehicle, you'll be in pretty good shape. In addition, you will need to make sure the undercarriage of the vehicle is clean and you will need to pay the duty when passing through Customs.

Make sure you have proof of insurance and a valid license plate (or temporary permit) when passing through Customs. It's best to arrive at Customs with all the forms already completed and ready to go, along with the correct amount for the taxes/duty.

Whether you're just trying to import your vehicle from Canada to the U.S. for personal use or you plan on bringing multiple Canadian cars to the U.S., the help of a skilled customs broker will make the process easier. Cole International works with importers and exporters in both Canada and the United States. With our help, you'll be able to pass through Customs without all the headaches.

Importing a Car from Germany to the USA 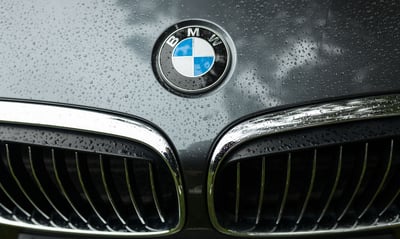 If you plan to import a car from Germany to the USA, you will need to make sure you follow the right guidelines. The process starts with making sure the vehicle(s) is eligible to be imported into the United States with or without modifications.

In most cases, you will need to work with an international car importing company and choose a preferred shipping method to get your vehicle(s) from Germany to the United States. It's also important to ensure the undercarriage of the vehicle(s) is clean of any foreign soil.

As long as the vehicle or vehicles you plan to import from Germany to the U.S. meet the safety regulations and the regulations of the EPA, the process is pretty straight-forward. Make sure you understand the necessary duties, taxes, and fees, including the possibility of a gas-guzzler tax for some vehicles.

Importing Cars to the USA from Japan

Since many vehicles already sold in the United States come from Japan, it's very possible to import a car to the USA from Japan. Some vehicles manufactured in Japan will already be compliant with United States safety standards and emissions regulations. If this is the case, the importing process becomes less difficult.

With the help of a customs broker in the U.S., you should be able to import your vehicles from Japan to the U.S. without much issue. Just make sure you understand the duties, taxes, and fees required and make sure the vehicle or vehicles you plan to import can legally enter the U.S..

Import Cars From the UK to the USA

Just as with other countries, when you want to import cars from the UK to the USA, the process starts with making sure the vehicles are eligible to be driven in the U.S.. As long as the vehicles meet the EPA requirements and safety standards, the process comes down to filling out the right paperwork, choosing a shipping method, cleaning the undercarriage of foreign soil, and paying the necessary duties, taxes, and fees.

The process of importing vehicles from the UK to the USA becomes much easier with a customs broker. They will be able to help with anything out of the ordinary and make sure your paperwork is in order when your vehicles arrive at the U.S. border. Choose the right customs broker and you won't have to worry about how smoothly the process will go.

Which Fees, Taxes, and Duties Might Apply When Importing Vehicles into the U.S.? 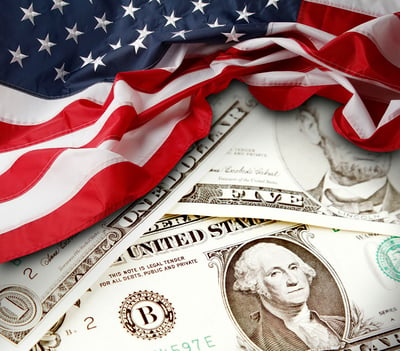 The fees for shipping your vehicle from one country to another may vary greatly. It will depend on where you're bringing the vehicle from and the shipping company you choose.

With a customs broker in the U.S., you'll have the ability to work with someone that already has relationships with the top shipping companies for vehicles worldwide. This may lead to lower shipping costs and a better overall experience when importing vehicles into the United States.

The duty you will pay when importing your vehicle to the U.S. depends on the vehicle. The Harmonized Tariff Schedule is used in the U.S. to clarify the duty rate or taxes you will need to pay. Depending on the vehicle, the fee will likely be around 2.5% of the value.

However, U.S. residents may be able to get some of the duty paid refunded. There's also the possibility of some vehicles being imported free of charge for those employed abroad or by the government, including military personnel. In addition, non-residents importing a vehicle for a temporary amount of time may be able to do so free of a duty charge.

Some vehicles imported into the U.S. will be subject to a gas guzzler tax. This tax applies to imported vehicles with a combined fuel-economy rating of less than 22.5 miles per gallon. The actual amount of tax you will pay is based on the rating of urban/highway fuel economy, which is assigned by the EPA.

Along with the fees you will pay at the border, you will also need to register your vehicles and obtain a license plate in the state of import. The fees for registration vary from one state to another. It's best to check with the local state and county you plan to import the vehicle to in order to figure out the exact amount.

Whether you're planning to import a single vehicle to the United States or you plan to import several vehicles, the help of a customs broker in the U.S. will make the process easier. If you want your vehicle importing experience to go smoothly without the worry of paperwork, incorrect tax calculations, and other issues, hiring a customs broker to handle the process just makes sense.

Importing vehicles. It's what we do.

Top 15 Tips for Importing into the USA.