5 benefits (and 4 disadvantages) of self-driving vehicles

In part 1 of this article, we wrote about autonomous vehicles being tested currently and how self-driving trucks could be used in shipping today. In this second part, we’ll discuss the upsides and downsides to autonomous vehicle technology.

Let's look at some of the benefits this new technology could offer the shipping industry. 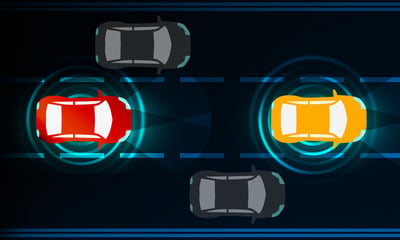 One of the main benefits autonomous vehicle technology will provide is cost savings. With the ability to use truck platooning, it's possible one driver could lead a total of four semi-trucks: four truckloads for the cost of one driver.

Carriers would also save money on fuel. Autonomous vehicles can be set to travel at specific speeds by a platooning driver. With consistent speed, reduced drag, and less braking, it's possible for self-driving semi-trucks to cut fuel costs significantly.

As we mentioned in part 1, the trucking industry is expected to see a deficit of about 10% to 15% of drivers over the next few years. This poses big issues as more people shop online and expect faster shipping times.

With fewer drivers on the road, it's harder to deliver goods quickly. Autonomous vehicle technology can help fill the deficit through truck platooning and other self-driving vehicle delivery methods.

While self-driving vehicle technology isn't perfect yet, it could help to cut back on road accidents.

Not only can autonomous vehicle technology help keep drivers from overdoing it daily, but it can also eliminate some of the bad behavior of drivers behind the wheel.

About 94% of car accidents are a result of human error, according to BCMLawyers.com.

Even if a self-driving car gets into an accident, it doesn't have a driver, which means one less potential human injured or killed in the accident.

An autonomous car, tested by Google, crashed in the Mountain View area. However, before it crashed, the vehicle had traveled more than 1.4 million miles without any incidents. Most human drivers cannot say the same.

Accidents are one of the leading causes of slowdowns on the interstates and other highways. When a semi-truck crashes and is left in the road, it can take hours to be cleaned up.

Semi-trucks driven by a licensed driver cannot operate 24/7. With an autonomous semi-truck, it could operate much longer without the worries of a driver becoming fatigued. 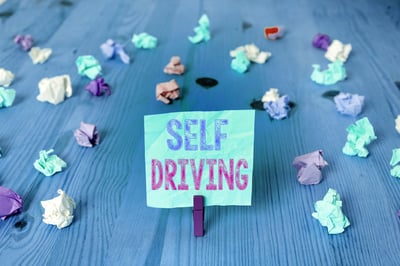 While there are certainly plenty of benefits to autonomous vehicle technology being used in the shipping industry, there are a few drawbacks, too.

The technology will likely come with a high upfront cost for trucking companies to get started. While platooning increases capacity, it also means purchasing the platoon.

New technology isn't cheap, but the ability to move four times as much and run trucks 24/7 does offer plenty of unique possibilities that could pay dividends in the future.

With more autonomous vehicles on the road, especially larger trucks, more infrastructure will likely be required. New roads and new regulations for traffic may need to be implemented, such as a highway lane dedicated to self-driving vehicles only.

Many truck driving jobs could be lost to autonomous vehicle technology.

At first, this may not be a big deal as the shortage of drivers could be filled in with automatic semi-trucks. However, autonomous vehicle technology has the ability to transform the industry, which could mean a huge reduction in truck driving jobs.

One of the biggest disadvantages of autonomous vehicle technology is security concerns. If a vehicle is hacked, it could become very dangerous. Even with someone inside the vehicle supervising, there's a real threat of a hacker gaining control of the vehicle and overriding controls.

Some of these disadvantages might be worked out as technology advances and new laws, regulations, and increased security follow suit.

With some autonomous vehicles already being tested, self-driving semi-trucks may play a supporting role in the trucking industry in the coming decade. Driver shortages are on the rise and e-commerce is booming. Autonomous vehicles can help to fill the void as they become safer and less expensive to make.

It's not likely self-driving semi-trucks will take over the roads anytime soon, however. In the meantime, Cole is here to help.

With more than 60 years of transportation experience on air, land and sea, Cole is ready to help get your goods from point A to point B efficiently and safely. Contact one of our logistics professionals today!

Learn more about our Freight services.

Making you aware. it's what we do.